Laparoscopic Pericystectomy for Hydatid cyst of the liver

25 year old male patient recently operated for laparoscopic pericystectomy for two large complex hydatic cysts on under surface of liver in segment V & VI . He had complaints of recurrent pain in abdomen since almost 6 months. On investigations like Ultrasonography & CT scan abdomen two large hydatid cysts were discovered in his liver. Hydatic disease of the abdomen itself is a very rare disease. He had no large incision or stitches on his abdomen. He was mobile within 6 hours of surgery. Post-operative recovery was uneventful & he was discharged within 24 hours from the hospital. 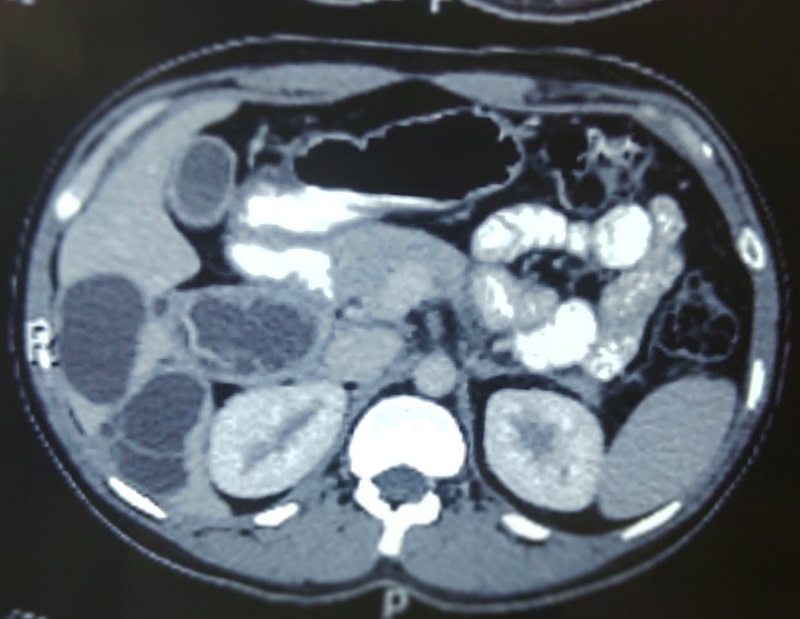 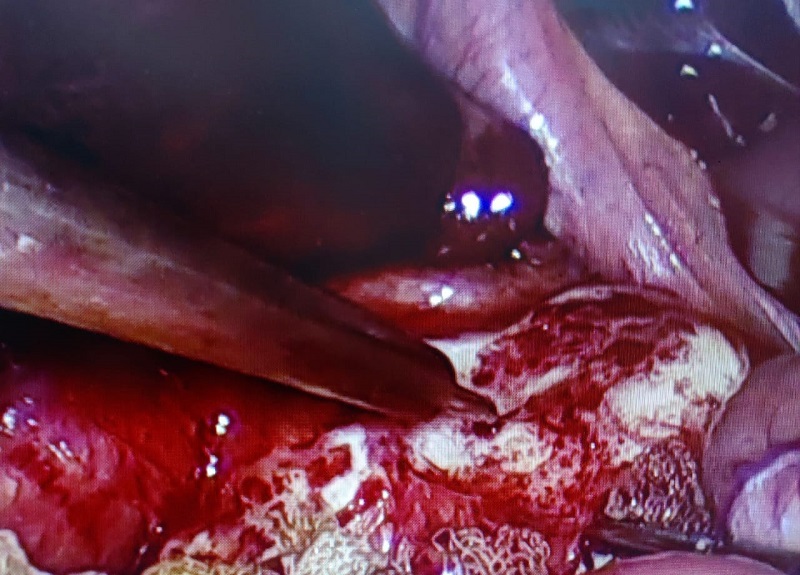 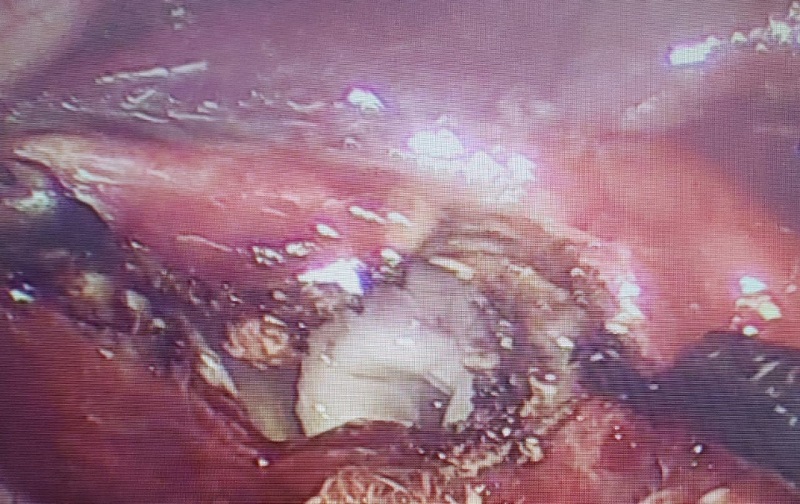 Deeroofing of the Hydatid cyst with white germinal layer seen inside 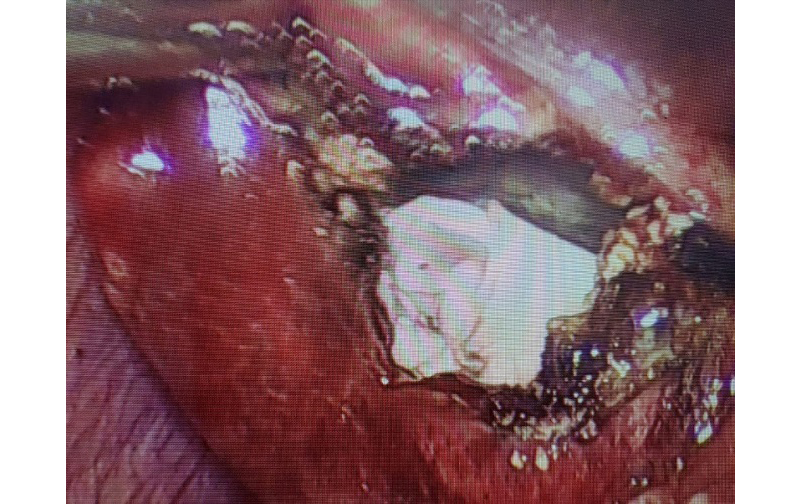 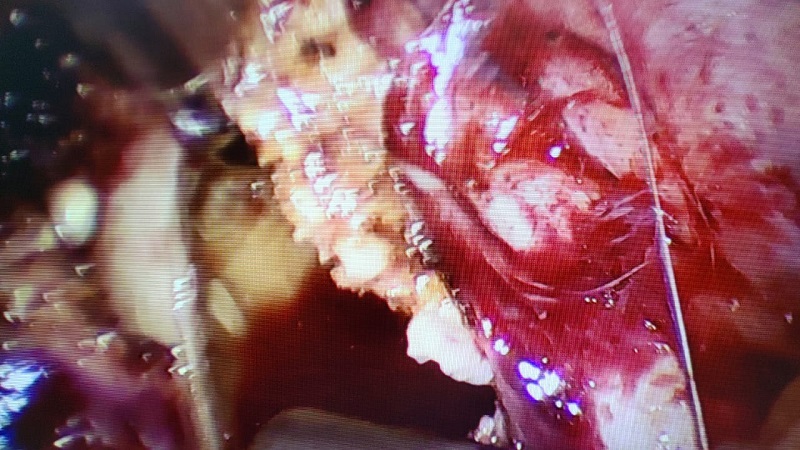 Removal of the daughter cysts with suction & irrigation with hypertonic saline